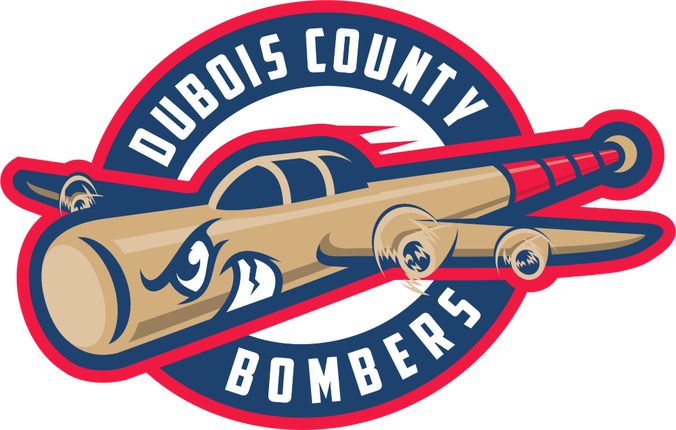 A Note from the Owner 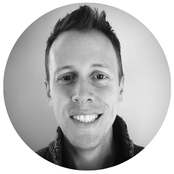 Justin Knepp - Owner/Team President
Thank you for your interest in learning more about the Dubois County Bombers. This page was created for college coaches and players wanting to learn more about our organization and what makes us so special, so elite, and so different than any other summer collegiate team.

First and foremost, we take pride in running our organization the right way. We don't cut corners. Ever. We spend money and we spend time to create the best possible environment for our players and our fans alike.

Fans and former players refer to the Dubois County Bombers as a "Minor League Experience." That's the best compliment we can receive, because that's exactly how we run our organization. From a large front office staff, to large crowds, to an ICONIC STADIUM, everything we do is to create the best possible experience for our players and our fans.

From best-in-class team transportation, to amazing host families, to incredible coaches and staff, to professionally catered post-game meals, to our impressive Bombers Boosters program designed exclusively for the players, everything is intended to create the best possible atmosphere for our players to focus on baseball while having the best summer of their lives.

Please take time to read through the information below to learn for yourself why there's NO better place to play than the Dubois County Bombers. If you have any questions, please email me at any time at justin@dcbombers.com. Go Bombers!

We are a summer collegiate wooden bat team in the HIGHLY COMPETITIVE (12-team) Ohio Valley League. We’re located in Huntingburg, Indiana–in the southwest part of the state, about 30 mins north of Evansville, IN.

Simply put, our organization provides an INCREDIBLE experience for our players--better than ANY other collegiate summer team in ANY other League.

First and foremost, we are a championship caliber team that competes for a League Championship every single summer. We’ve won the Ohio Valley League (OVL) title in 2015, 2017 & 2021. In 2018, we even won the highly coveted Bluegrass World Series in Louisville–beating out a team of recently retired MLB players in the championship game. In 2022, we finished runner-up in the OVL, just barely getting edged out in the championship series. We regularly see many of our former players get drafted in the MLB. What Else You Should Know

-We play in front of huge crowds every home game. We ‘average’ ~1,500 fans per game, with most weekend games selling out at nearly 3,000 fans. Our fans LOVE and support the Bombers like no other fanbase you’ll find at any other summer team.

-We play in historic and ICONIC League Stadium. There’s no stadium more unique than ours. It’s been featured and used in multiple award-winning movies, including the movie “A League of Their Own.” Our female game-day staff even dress in "Rockford Peaches" uniforms to keep things fun and to commemorate the movie. League Stadium has a vintage and authentic 1940s theme to it. Playing in our stadium in front of such huge crowds always brings out the best in our players.

-Our coaching staff is incredible. Our head coach, Travis LaMar, is young. His players love him, his style is laid back, and they learn a lot from him. Travis was drafted into the MLB and understands what it takes to compete and succeed at the highest level. We can’t speak highly enough about Travis and how well he and his staff can help further develop players over the course of a summer. Simply put, they create an atmosphere where it’s fun to play. They also share player updates and progress reports with each player's college coach throughout the season.

-Huntingburg, Indiana is an incredible small town to live in for the summer. It also has everything a player would need. From great restaurants, to great workout facilities, to one of the most picturesque ‘downtowns’ in the state, it’s a magical place to call home during the summer while playing ball. We compete in the HIGHLY COMPETITIVE Ohio Valley League, which was first formed in 2010. Our league now consists of 12 teams across Tennessee, Kentucky and Indiana and draws some of the BEST baseball talent from across the United States and South America. From SEC schools to top-tier Junior Colleges to all types of universities in-between, our focus is aways on great ball players and great young men and I genuinely believe that the talent in our league can compete with and outperform ANY other league.

Our host families are the absolute best and create GREAT environments for our players to live and thrive during the summer. All of our host families are carefully screened before we allow them into the program. 80% of our families have been hosting players for 5+ years. We even have a full-time Host Family Coordinator whose job is to place players with families she thinks will be the best fit while also helping to manage their experience and expectations throughout the season.

All players fill out a questionnaire prior to the season in an effort to match them with a host family that's the best fit for their needs and preferences. We put SO much emphasis on host family placement and the host family experience. Our players become an extended family to our hosts.

Simply put, NO other summer organization puts more emphasis on a  great host family experience like the Bombers do. Meet some of our host families below: 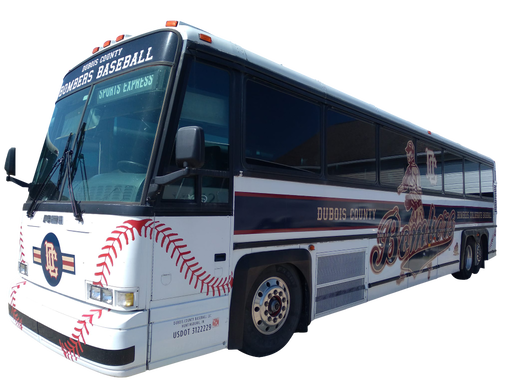 Transportation for our players is something that's very, very important to our organization. Our players travel to and from all away games in a fully-wrapped, best-in-class Charter Bus equipped with air-conditioning, tables, and a bathroom. It helps keep our players comfortable, rested, and performing at their best on road trips. 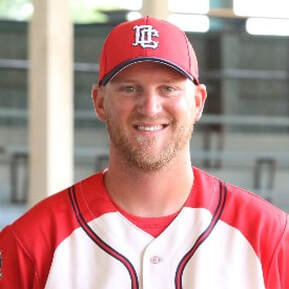 ​Travis LaMar – Head Coach
With ample Bombers & baseball experience on his resume,  Travis LaMar took the helm as Head Coach in 2019.  LaMar joined the Bombers staff in 2017 as an Assistant Coach.  In 2018, he assumed the duties of Pitching Coach.  An Evansville native and Harrison High School standout, LaMar was drafted out of high school by the Baltimore Orioles.  Opting for college, he pitched for Olney Central College before finishing his eligibility at Wright State University.  He played all of his collegiate summers with the Dubois County Bombers (2007 – 2009).  Following graduation, he played professionally for the Lake Erie Crushers & the Evansville Otters. 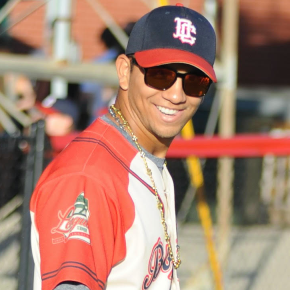 Victor Alvarez – Assistant Coach
Another Bombers alum, Venezuela native and recent Oakland City University graduate Victor Alvarez begins his coaching career in 2023 as an Assistant Coach for the team. Victor was a member of the 2021 Bombers Ohio Valley League Championship squad and returned to play for the Bombers in 2022 where they finished League runner-up.

The Bombers Boosters is a non-profit volunteer organization managed by the team and its biggest fans. Through fundraising, we raise money that is used toward unique team activities, team meals, player experiences, player hardship assistance and more. These activities, meals & events play a huge part in helping to create the best possible experience for our players each summer.

The Bombers Boosters also provide home-cooked and/or catered meals after every home game. Keeping our players well-fed, well-rested, engaged and healthy is a PRIORITY for our organization. 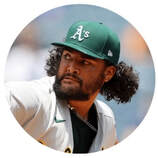 "Playing for the Dubois County Bombers was best summer of my life before turning pro and getting drafted in the first round of the MLB. For great college players, the Bombers experience is second to none."
-Sean Manaea (former player)
​ 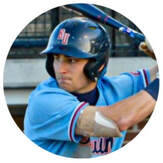 “My summer with the Bombers was an unbelievable experience that helped get me ready for the MLB draft. The team and the community are so special and they did such an incredible job of supporting us. The coaches and competition were instrumental in my development as a player.”
-Guy Lipscomb
​ 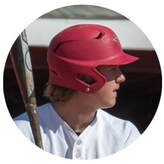 "The Dubois County Bombers created an atmosphere that honestly felt like a minor league pro team. This community supports their team like no other place I have ever seen. We played in front of huge crowds every night. It was a player's dream."
-Drake McNamara (former player)
​ 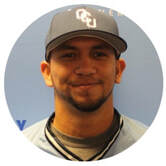 "The baseball experience was incredible, but I especially loved the host family experience. The organization did a great job of matching me up with the perfect family for the summer. I quickly became part of that family and am still part of that family today. For great college players, the Bombers experience is truly different than anything else out there."
-Victor Alvarez (former player)
​ 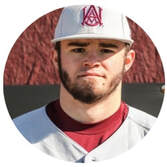 "I knew I wanted to play summer ball on the best team in the best wooden bat league in the Midwest. I was introduced to the Bombers and it was the best opportunity of my life. We even went on to compete and WIN the Bluegrass World Series [postseason tournament] at the end of the season against some of the former MLB greats. These types of moments are what makes the Bombers experience so special."
-Nolan Ramsey (former player)
​ 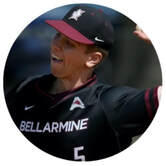 "The Dubois County Bombers create such an amazing experience for its players. The small town is great and we played in front of thousands of home fans nearly every night in one of the most unique and historic stadiums imaginable. From the facilities to the gym to the coaches, the experience truly allowed me to develop as a player during the summer. I genuinely feel like I now have a second family."
-Nick Parrish (former player)

The Bombers Experience (In Pictures)